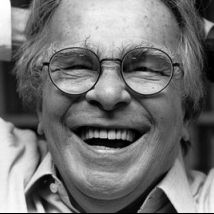 By UNREAL profit, take in account early bets, trash bookies, live picks and mainly the big trap that happens daily: to pick w/o logic. How for God Sake, a tipster will place three stakes in a U20 game of 125 dollars and same or just one unit more in a 9k dollars match.
However, I would like to emphasize the fact a Professional Tipster Always have to try the big odds when he have a big spread in front of us. Otherwise he would be just a coward.

Variance month after month is natural.

The Blog w/o variance is a Blog without solid Real Profit.

Blogabet says it is not possible anymore to offer three to 12 months subscription as they used to do before.

So, @Brasil says is not possible anymore to (try to) offer the Heaven in Long Term.

I don' t care about myself and how many units a client have in his last day of contract. This aproach doesn' t suit to the Betting World.

My daily fight is against Pinnacle, Sbobet and Dafabet.

Sad but Blogabet doesn' t suit to what I believe is a Professional Service. That's why I will be obliged to back soon to the Betting World.

The day Blogabet make an effort to enlarge months of Subscription would be a better day.

But as i still see on Blogabet's main page "Top Paid" service or "High Yield" Service as something relevant, I don't have faith this scenario will change.
Even then, I love Blogabet. Cheers.

In order to visit our website you must be 18 years or older.
Please , verify your age to view the contents.