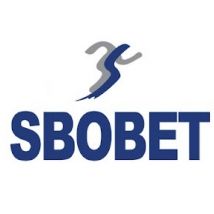 Live betting-little to no value

I choose to stick with type of bets that i do most on my blog: Over/under games in 1st set.
Reason is i tend to see some bad bets on feed, mostly in live betting that are in my opinion
proven to push you in long term minus.

Ok, so most important thing in live betting is to predefine outcome that is most likely to happen and odds that you think is fair, or gives you enough value. It is very important, especially in tennis/basketball where leads can change very quick to stick with opinion you created based on whatever info/statistics you had.

My bets are mostly over/under 9,5 games in 1st set so i will give you blatant example at he beginning :

In this imaginary matchup we have two players that rank among the best on the tour with their hold percentage, aces etc. while they are proven as quite slow on return and converting break points. If we have them on fast surface it is very unlikely these two will break early meaning we have nice prematch bet.

However, match started and on a result 3:3 bookies are offering us 1,15 on over 9,5 games. We are streaming match and they both look unbreakable at the moment so we are probably thinking, they will definitely serve out those two games. This is example of poor value
compared to prematch 1,60 that we had while we still don't have real insurance it will happen. We just decided to bet it at terrible odds.

I use two players with very extreme % so it is good chance for this to go trough in theory but we are given bad odds and with sports unpredictable as it is, combination of few double faults or maybe injury can put us in very awkward situation where we put too much money and return value is too low (high risk low reward)

I will us another one for you to understand better.
We have real match tonight on Indian Wells: S.Wavrinka vs Y.Nishioka over 9,5 games 1st set odds: 1,91

We predetermined that Nishioka is in good form but player with weak serve who has to play rallies for majority of his points, and won't have much help with aces, easy points with his serve which can generally means more pressure on him when facing break points.

Now we imagine situation on result 3:3 in first set.Bookies are going to offer us a lot less than 1,91 odds we had before match and this is where average bettor is getting confused. While they might have clean  service holds till now it doesn't mean that will be the case
rest of the set, with Nishioka probably made to work hard for every point and Wawrinka not so forgiving when he has break points.
Different scenario is also on the table with Nishioka relying to outbreak his opponents and possibility to capitalize on Wawrinka unforced errors or something similar that might occur.

While betting over 9,5 on 1,91 odds or even tie break (4,50) prematch might hide some value, on result 3:3 we are getting odds that are affected by result and doesn't reflect real chances of given outcome to happen, and in some cases it is actually reverse and players are getting caught up with their own percentages and there is expression "you cant trick the numbers".


Other obvious one should be another imaginary matchup between Fognini and Nadal on slow clay. With both being terrific breaking opponents those two serving to 4-4 clean is probably palp, and break waiting to happen on either end.So betting over 12,5 tie break on 4-4 result is in most cases very bad bet with Fognini (or even Nadal) lock and loaded to slip their service games.

To step away from a tennis for a moment:

We had Nba game between Brooklyn Nets and NY Knicks few nights before.
Brook Lopez who plays center position for Brooklyn Nets was incredibly hot early hitting 5 three pointers on a 5 attempts which is remarkable for his size and position.
However, we know that he is shooting 35% from three point territory on the season so it is more likely he will made just one or two on his next five attempts then else, even with whole Knicks team stepping back and allow him open looks.

Of course Lopez ended up with 6/9 from three point making just one after his crazy first quarter so you probably get what I'm trying to say. He get caught up by his own percentages.


While it may be puzzling at first, these are basic principles of live betting and easily translatable to other markets and sports as well, not just tennis.
Understanding this with some knowledge and experience should give you number of opportunities to make money in live betting.