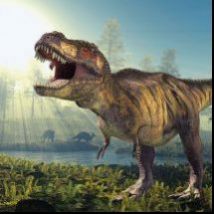 The bottom line is the observance of simple rules that form the value of a bet. At the same time, the coefficients should be at least 1.9. In this case, you can count on greater effectiveness of tactics up and down.

A number of factors is as follows:

With a losing forecast, the capper must move up the series. If you win, you should go back one step. If two consecutive bets ended in a fiasco, then two out of three outcomes should be guessed for the overall win. At a time when a number of bets went into a plus balance, it's worth stopping the series and starting the game again.

Such a strategy is bearing fruit even with a fairly low winning percentage (30%). However, it is important to remember that in the case of eight bet losses in a row, the system is up and down powerless. Cappera will have to accept failure.

For example, for the initial bet the player took 10 monetary units. The average coefficient of the selected events will be equal to 1.9. If the first or second rate (20 monetary units) won, then the series can be terminated. In the first case, the win will be 9, and in the second - 8 units. If the win comes only with the third bet, then the payout will be 57 (with 60 spent). Tipster should go back one step, put 20 units. Winning at this stage provides a common success.

If the rate of 20 does not play, then we must again raise to 30. Such swings continue until the release of a plus.

This tactic even has, oddly enough, good reviews. The system "Up and down" does not imply a geometric increase in the bet amount. In this case, the result of the player provides even a small percentage of the forecast passage. If such a strategy is armed with a detailed selection of events and careful analysis, it is possible to ensure a gain of 40-50 percent. This concerns outcomes with coefficients close to 2.0. This alignment will allow you to complete the series much faster, which will increase the safety of the bankroll. Playing in the bookmaker office, it is important to stick to a certain line of behavior. The system up and down allows you to feel the balance and not take impulsive decisions.