Looking to place a bet on a football match, but confused with the terms? This section will help you understand the types of bets that bookmakers typically offer. Learn what 1x2, Over/Under or Asian Handicap means and start making money today.

What is Over Under Betting?

An over/under or O/U bet refers to a wager on the combined score in a sports event. The bettor has to predict whether the sum or goals/points scored by the two teams will be below or above a number, specified by the sportsbook. This market can be offered for all games that involve points/goals.

In football, this wager refers to the combined number of goals the two teams score and is generally under 2.5 or over 2.5. The .5 ensures that there is no possibility of a push, so you will either win or lose your bet. Penalty shoot-outs and extra-time are usually excluded for this market.

This week, in Premier League we see Liverpool play Manchester United. The odds for both Over 2.5 goals and Under 2.5 are at 1.9. This means that the sportsbook predicts an equal chance of either happening.

If the teams score in total 3 or more goals, you will lose your stake.

Sometimes, bookmakers might set the line differently and offer, let’s say, Over 1.5 / Under 1.5. The outcomes will be calculated in the same manner. Total number of 0 or 1 goals will make an Under 1.5 a winning bet, while 2 or more goals will get you your stake lost.

Tennis Over Under Betting

In tennis the over/under refers to the number of games. Usually in two-set contests the cut-off mark is at around 22.5 games, while in matches with 3 sets, you will see it close to 38.5.

As part of the Shanghai Masters tournament 2017, Richard Gasquet is playing Roger Federer and the cut-off mark is 21. If you would be of the opinion that Federer can easily win in two sets, than you might place a bet on Under 21 with odds @1.781.

If we look at the previous games, we see that at Miami Masters the two finished 6-1 6-2, which would make a total of 15 games. At the ATP World Tour Finals, Federer won with 6-4 6-3 or a total of 19 sets. So, if this game plays out similarly, your Under 21 bet would be profitable.

Basketball Over Under Betting

When placing an over/under bet in basketball, you are interested in the sum of points that both of the teams score.

A typical NBA O/U line would be:

If the bookmaker had set the line at Over 170/Under 170, there is a possibility that the game ends with a total of exactly 170 points, the bet will be a push and the stake will be returned.

Keep in mind, that it doesn’t matter which team actually scores more points. The only thing that matters is the total number of points scored.

An important remark is that the different sportsbooks have different rules and while for Eurobasket, bookmakers usually count only the standard time, in NBA games, bookies usually include points scored in the overtime. So, make sure you read the rules of your bookmaker before placing an Over/Under bet.

While statistics shows that there is about 50% probability of football games to end with 2 goals or less, it might be worth exploring the averages for the particular league, event and actual teams participating. Premier League events have average number of 2.4 goals, while La Liga matches have 2.85. However, the averages for a particular league might vary from 1.7 to 5.75. Similarly, teams have different record and you should keep this in mind. All this information is widely available online and can make all the difference when placing an O/U bet.

To actually find out if there is value in placing such a bet, you need to calculate the probabilities of each outcome and determine whether the odds are worth betting on. If there is positive expected value, then you have a guarantee that in the long term you will be profitable.

Let’s say you’ve done your homework and identified a value Over 2.5 bet @2.10 odds. You see 2 early goals and you’re happy, because it is likely that your bet will win, if just 1 more goal is scored. You can wait and see whether a third goal will come in, or you can lay your bet on an exchange or bet on Under 2.5 with your bookmaker. At this point, the odds will be high, so regardless of the outcome you will be making a profit.

An interesting fact is that more of the goals are scored in the second half. In fact, each Premier League team has scored more goals in the second half than they have in the first. So, this is an opportunity worth exploring (alongside with HT/FT betting). Betting on Over 2.5 late in a game with 2 or even 1 goals might be a profitable strategy, particularly if the teams are known to score towards the end of matches.

These are just a few suggestions. Tell us what your strategies are. 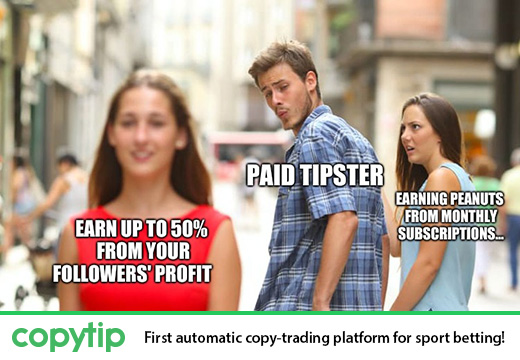